When creating or editing a form field, it is possible to define formatting which is enforced through JavaScript. 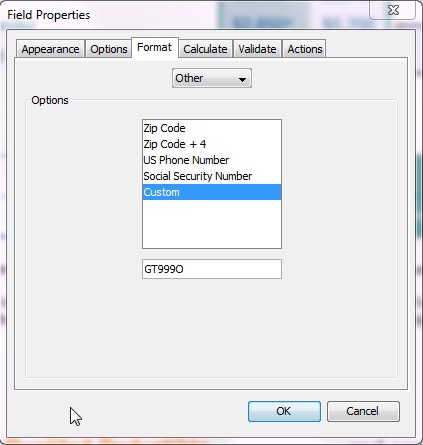 For any other format, choose Other -> Custom which allows to define your own formatting which uses:

Other sample custom formats with letters and numbers:

A Georgia Tech license plates would be formatted at GT999O

A seat on a flight could be 99A